Membership fees allow Netball Victoria to continue to deliver a range of programs, including providing training and education sessions, advocating for netball funding across the state, and increasing resources to help members and affiliates. 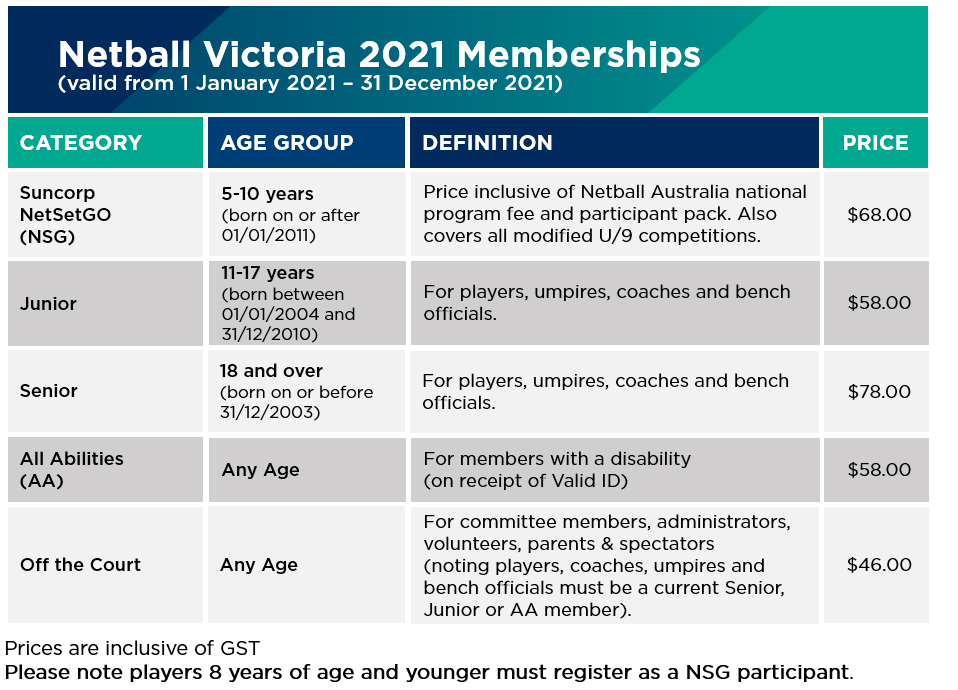 The Netball Victoria family consists of over 113,000 members who play umpire, coach or support netball.

The benefits of being a Netball Victoria member continue to grow, click here to read more.