Construction works are now underway at the State Netball and Hockey Centre.

To help you safely navigate around the venue, pedestrian and traffic detours are in place.

We ask that you use the designated pathways and marked road crossings.

As part of the construction works, a new footpath has been created extending around the northern side of the site alongside Brens Drive and allowing access to the tram stop, the main carpark and the overflow carpark. When crossing from the footpath to the reach the venue, the zebra crossing must be used.

Unfortunately, despite efforts to highlight the new pedestrian route with signage, it has become apparent that some people are walking directly on Brens Drive.

It goes without saying that walking directly on roads is dangerous and even more so in a construction environment as larger vehicles take longer to stop compared to cars.

We understand that the detours will cause some disruptions and inconvenience. However, we believe the end result of the works – due in early 2021 – will really be worth it.

In the meantime, please be attentive and follow the marked routes marked on site. They have been carefully planned and are for your own safety. 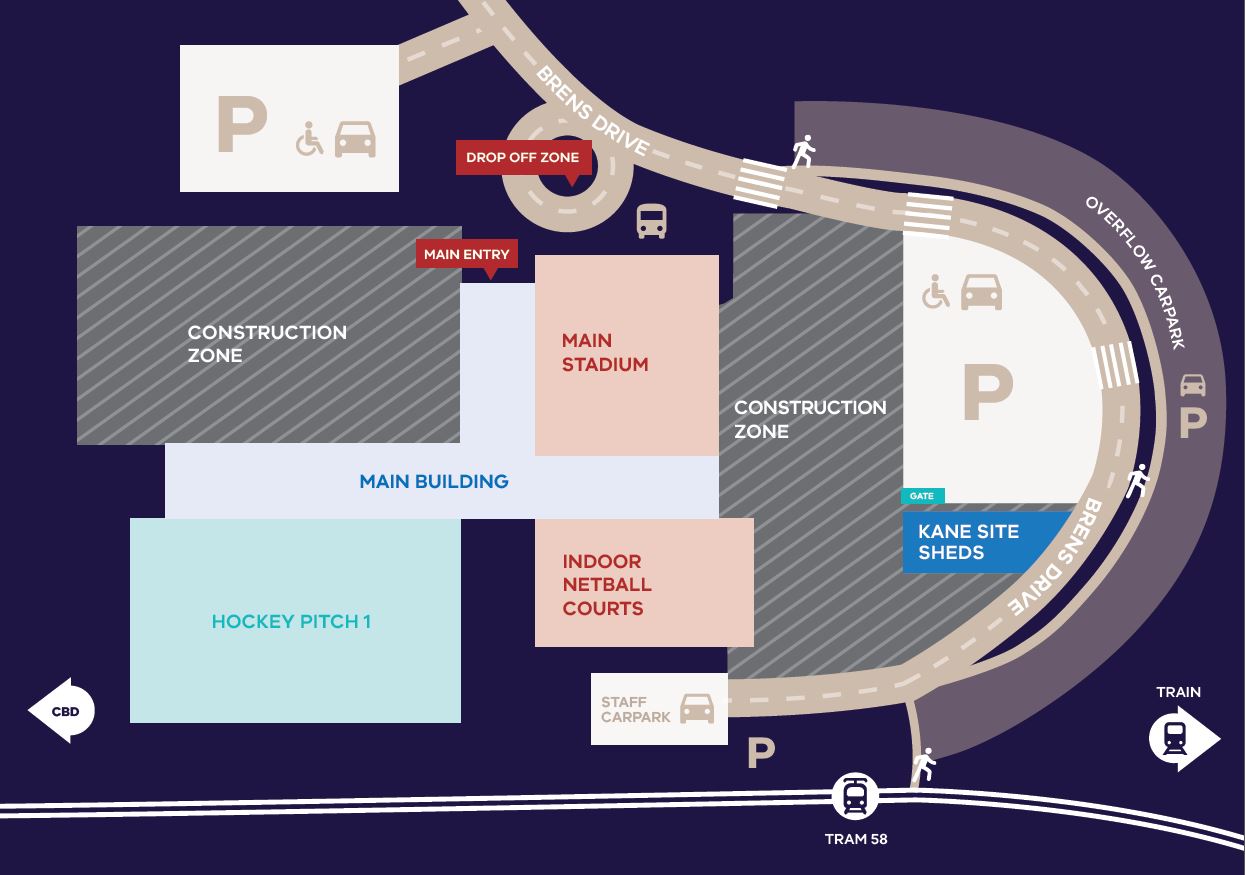 Pedrina persist for funding for the benefit of local community

The evolution of the Waverley Women's Sports Centre